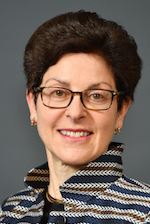 Phyllis was elected to the Blue Cross Blue Shield of Massachusetts Board in 2012 and served as chair from 2014 through 2019. As a director, Phyllis helps set the company’s strategy and overall direction. Within a highly competitive and highly regulated business environment, the board oversees and governs BCBSMA's operations, which includes the provision of health coverage to individuals and public and private employers. Phyllis serves as chair of the board’s finance and business performance committee, as vice chair of the governance committee and as a member of the corporate contributions committee, human resources committee and investment committee.

Phyllis is an advisory partner in Bain & Company’s Boston office.  She joined the firm in 1982 and was elected to the partnership in 1987. Phyllis has been a leader in building Bain’s health care practice for over 30 years.  She has served in a number of leadership roles at Bain, including chair of the worldwide compensation and promotion committee, chair of the nominating committee and member of the firm’s management board.  She ran Bain’s Boston office, the largest in the Bain system, as well as the entire East Coast, for six years. Prior to joining Bain, Phyllis was a commercial lending officer at Citibank.

Phyllis also serves on the boards of Aledade, Inc., Bristol-Myers Squibb, DaVita, Inc., and The Trustees of Reservations.  Previously she served on the boards of Kindred Healthcare, NeighborCare, Pediatric Services of America, National Surgical Healthcare, Value Options, Inc., The Bridgespan Group, Cradles to Crayons, The Lexington Montessori School and the Planned Parenthood League of Massachusetts. She also serves on a number of advisory boards, including the Advisory Board for the HBS Healthcare Initiative, and the Harvard Chan School’s Health Policy and Management Executive Council.

Phyllis earned her MBA from Harvard Business School and is a graduate of Harvard and Radcliffe Colleges where she received a Bachelor of Arts in economics.