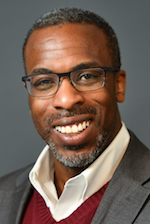 Corey was elected to the Blue Cross Blue Shield of Massachusetts Board in 2017.  As a director, he helps set the company’s strategy and overall direction. Within a highly competitive and highly regulated business environment, the board oversees and governs BCBSMA's operations, which includes the provision of health coverage to individuals and public and private employers. Corey serves as vice chair of both the board’s finance and business performance committee and the human resources committee.

Corey is chairman of the board and CEO of Rapid7. In 2018, he was elected to the Cyber Threat Alliance (CTA) board of directors and the Massachusetts Cybersecurity Strategy Council.  He also serves on LPL Financial’s board of directors, Vanderbilt University’s board of trustees, and is a director for the Massachusetts Competitive Partnership. He previously served on the U.S. Commerce Department’s Digital Economy Board of Advisors.

Corey has extensive experience leading technology companies to the next stage of growth and innovation. Prior to joining Rapid7, Corey worked at Parallels, Inc., Microsoft’s Server and Tools division, and Deloitte Consulting.

Corey received a bachelor's degree in electrical engineering and computer science from Vanderbilt University and an MBA from Harvard Business School.